While working on my robosapien hacking I came up with the idea of using it as an alarm clock. A piece of stripboard was cut to fit inside robosapien’s chest cavity and was populated with an LCD (to display the time and any other information) and two PICmicros (one to concentrate on the clock timing/display and the other to interface with the robosapien’s IR).

I added a socket in robosapien’s back along with a DPDT switch to allow robosapien to be powered by a mains adapter. More details to be added soon.

Unfortunately I accidentally left the adapter at 9v (which it was set to for use with the PIC programmer) and as a result fried robosapien’s brain (CPU). The next stage will be to replace the original processor with a 4-port PIC and try to mimic some of robosapien’s original functions (e.g. walking, picking up etc.). This will not be started for a while yet as I am in Malta on Erasmus Exchange until June/July.

My robosapien has been brought back to life after I installed another PCB. The modding will continue. 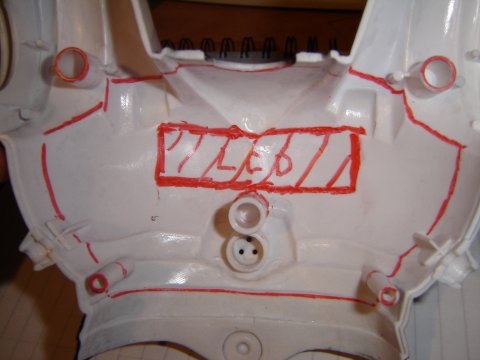 In order to add an LCD within robosapien’s chest (for the Robosapien Alarm Clock) I used a dry-wipe pen and marked the depth I had to play around with (This is the max depth which can be used by the PCB (stripboard in my case), components and the LCD panel). 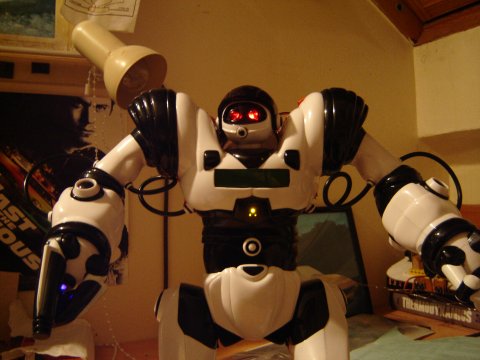 Using a Black & Decker Wizard (similar to dremel) I cut out the hole for the LCD panel. In this photo you can also see the yellow light from RS’s microphone holes, this is an LED which is simply used for debugging.

And the LCD powered up (and displaying the hex code for STOP). The backlight is a bit on the bright side at the moment but I’ll sort that out with a resistor. 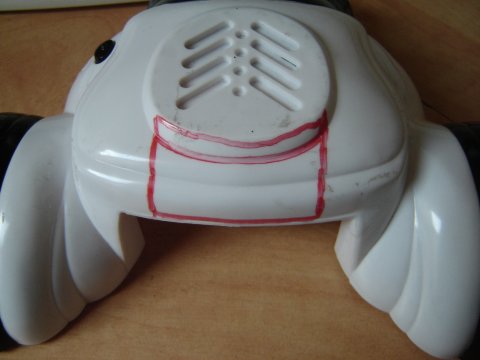 Since the LCD needed a 5v supply I added a voltage regulator to the board and power it using a 9v PP3 battery. This needs somewhere to go (or could be strapped on the back) and so I made a slot in his back above the speaker to accomodate the battery. 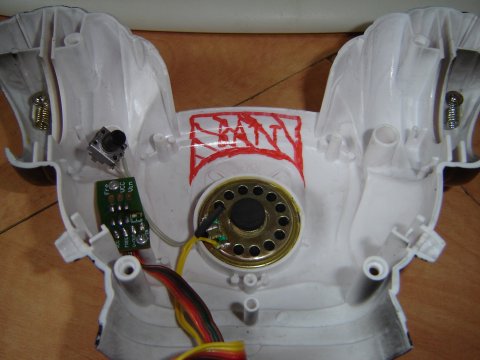 And the inside view (again this is using a red dry-wipe pen so it can be wiped off after). 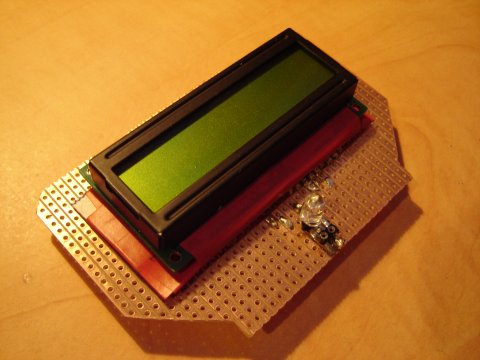 The stripboard with the LCD and an LED on the front. 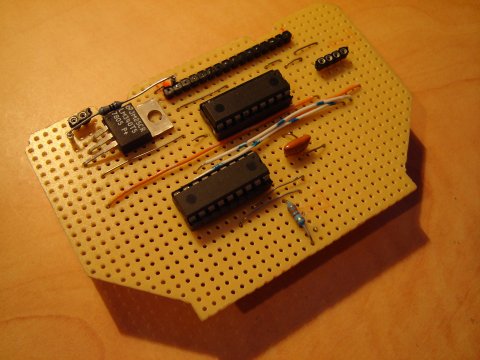 And the back of the stripboard with the voltage regulator (7805) and the two PIC16F84A’s. The 2-pin socket is used for the 9v battery and the 4-pin socket carries the robosapien’s vcc, ground, IR signal to the robosapien and the IR signal from the receiver in his head. 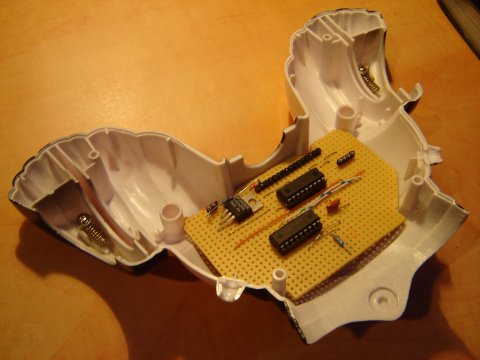 This shows how the stripboard fits in the back of robosapien. This was done with a Black and Decker Wizard (similar to Dremel multi-tool) and a lot of patience. I trimmed off a bit here and a bit there until the board fit perfectly. I then started on the component layout. 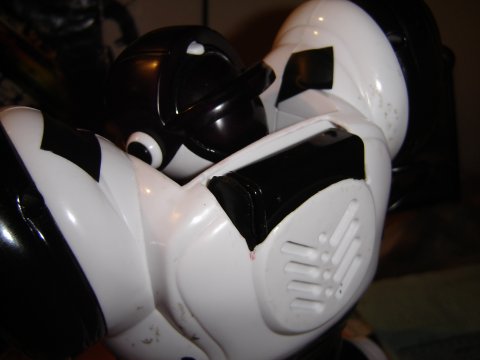 This is how the 9v battery slot worked out. This photo was taken before the AC/DC adapter socket was added.